Joshua Abelow (b. 1976) lives and works in upstate New York and NYC. He received his BFA from Rhode Island School of Design (1998) and his MFA from The Cranbrook Academy of Art (2008). He has exhibited widely in the United States and internationally, and is also well known for his writing. In addition to his studio practice, Abelow has organized exhibitions under the name Freddy since 2014. In 2021, Abelow will present solo shows with Anthony Greaney, Massachusetts and Magenta Plains, New York. 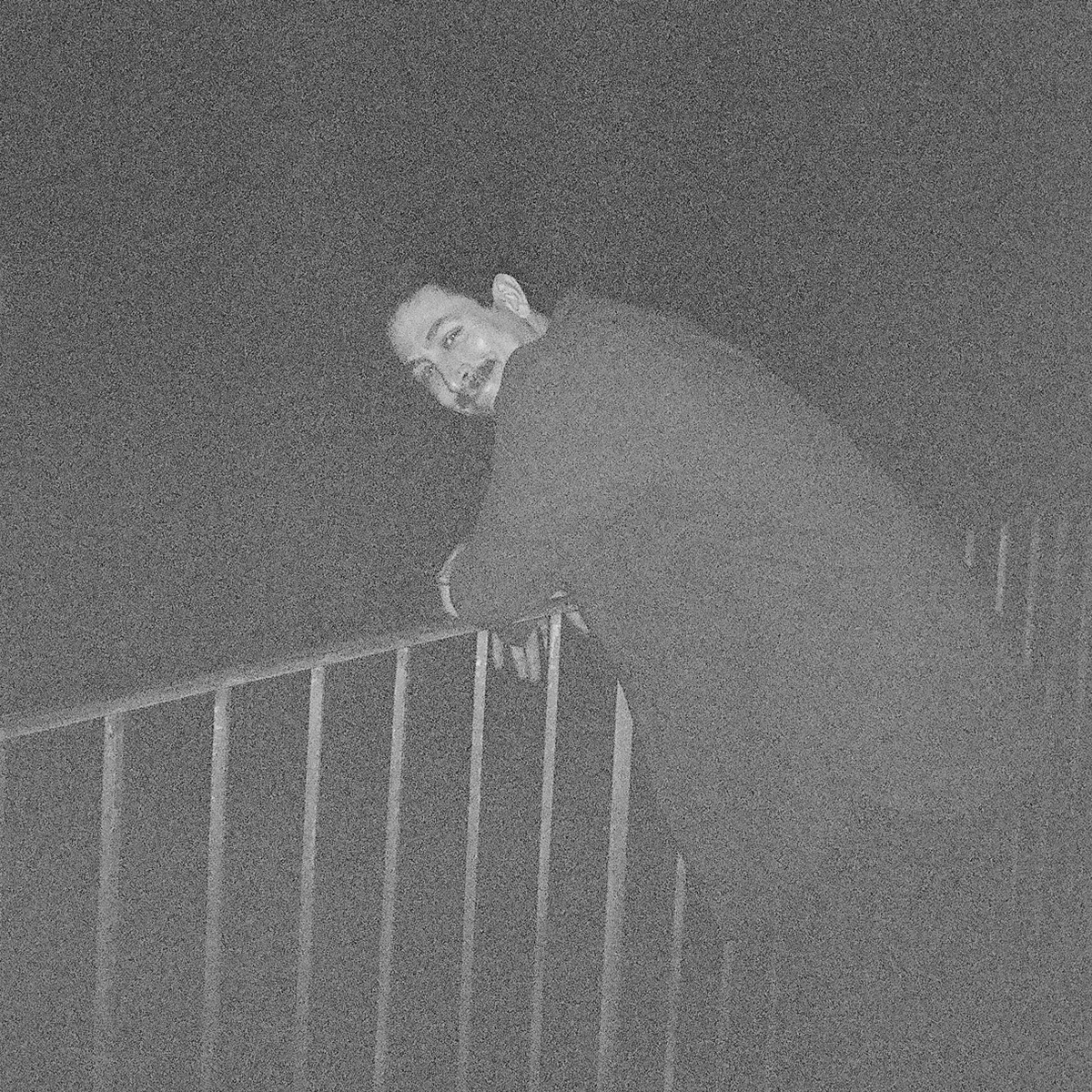 Trudy Benson is an artist who lives and works in Brooklyn, New York. She was born in Richmond, Virginia in 1985. She received an MFA from the Pratt Institute in New York and a BFA from Virginia Commonwealth University. Her work has been included in exhibitions at Museum of Contemporary Art, Denver; Sperone Westwater, New York; Saatchi Gallery, London; Centre d’Art Meymac, France; and Museo de los Pintores Oaxaqueños, Oaxaca, MX. She has had solo exhibitions at LOYAL, Stockholm; Team (bungalow), Los Angeles; Lisa Cooley, New York; Half Gallery, New York; Ceysson & Bénétière, Luxembourg and Paris, and Ribordy Contemporary, Geneva.

Her work has been reviewed in the New York Times, Artforum, ARTnews, and Modern Painters, among others. She is represented by Lyles & King, New York; Ribordy Contemporary, Geneva; and Ceysson & Bénétière, Luxembourg and France. 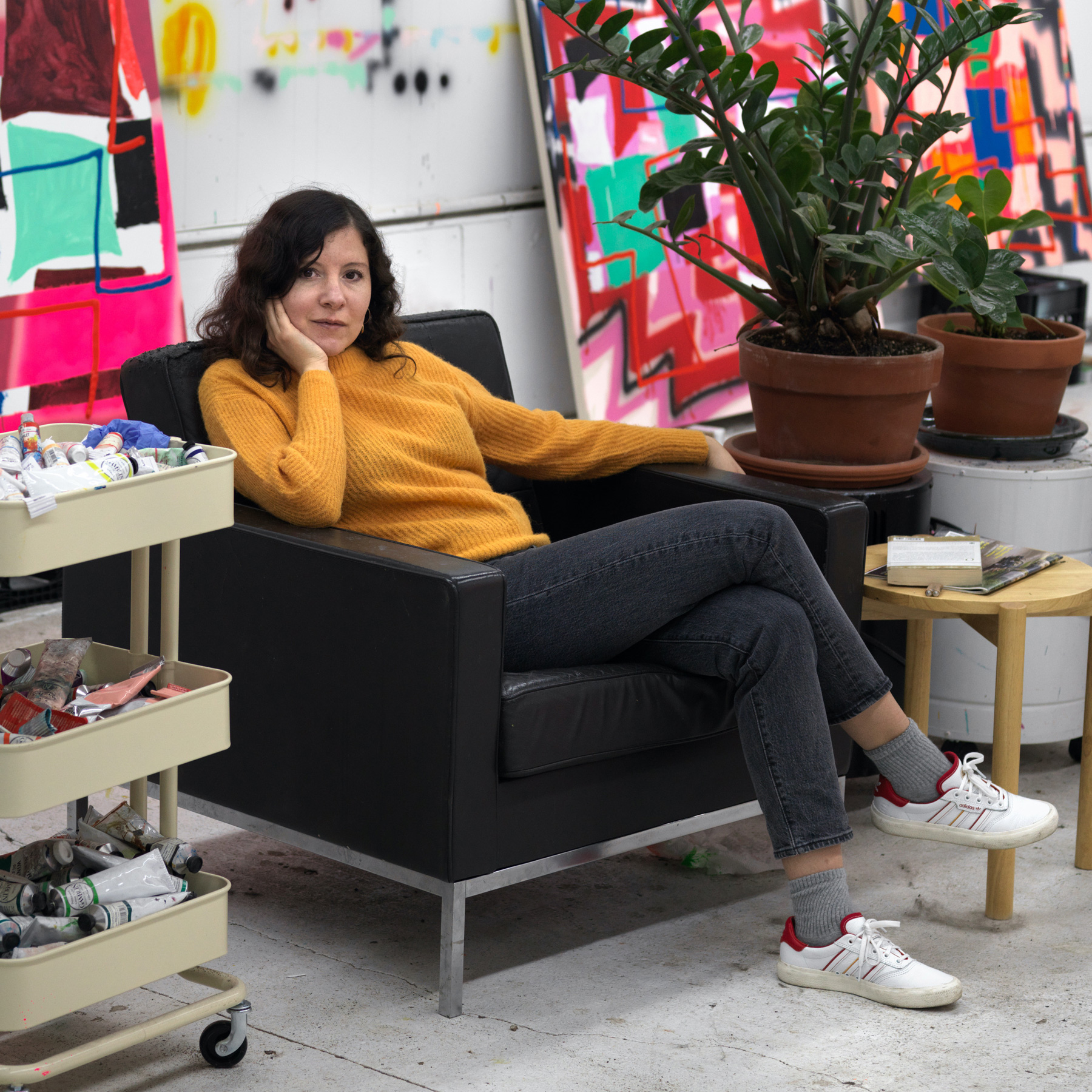 Ellen Berkenblit was born in Paterson, New Jersey, U.S and is an American painter best known for her fantastical paintings of women. She received her B.F.A from The Cooper Union in 1980. Berkenblit’s practice hovers between representation and abstraction, often presenting the female figure experiencing a realm of imaginative explosion and escape. Berkenblit has been exhibiting with solo shows since 1984 and her work features in public collections such as The Museum of Modern Art, New York; Farnsworth Art Museum, Rockland; Brooklyn Museum, Brooklyn; The Museum of Contemporary Art, Los Angeles. Berkenblit lives and works in New York and is represented by Anton Kern Gallery. 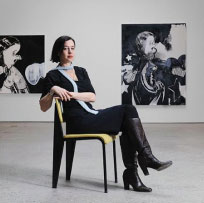 Holly Coulis lives and works in Athens, GA. Her playful still-life paintings and sculptures have been teetering on the edge of abstraction lately. Her work is represented by Philip Martin Gallery in Los Angeles and by Klaus von Nichtssagend in NYC.

Recent exhibitions include Cooper Cole Gallery in Toronto, SOCO Gallery in Charlotte, NC, and Simon Lee’s Viewing Room in London. Her work has been written about in The New Yorker, Hyperallergic, The Brooklyn Rail, and The New York Times. 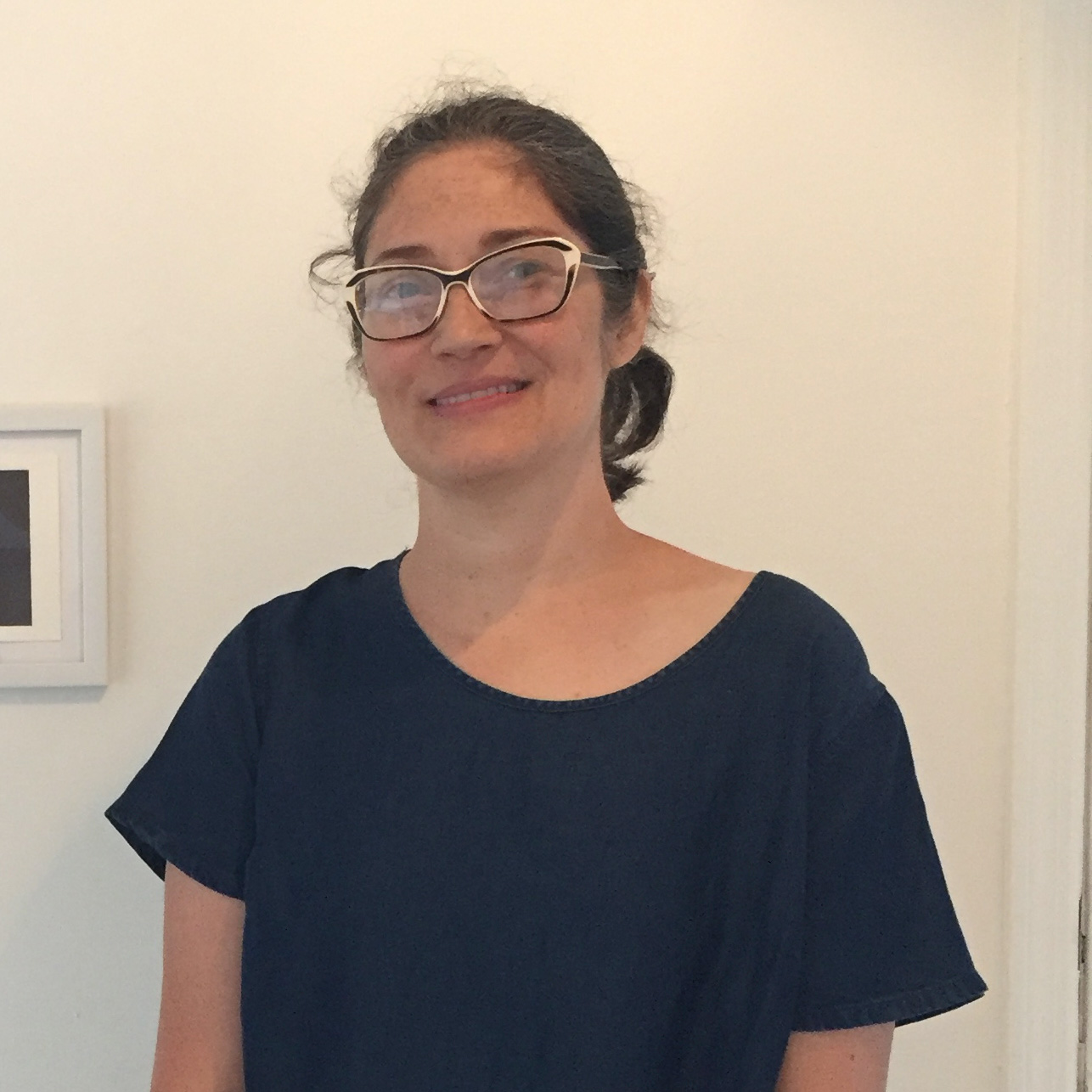 Known for her serial portraits of the moon, birds, and flowers, as well as her painted bands of color, Ann Craven’s predilection for the copy is both an homage to the exploration of remembrance and the passing of time. Craven presented her first retrospective, titled TIME and curated by Yann Chevalier, at Le Confort Moderne in Poitiers, France in 2014. Her second in 2019 titled Birds We Know, at the Center for Maine Contemporary Art in Rockland, Maine. Recent solo exhibitions include Animals Birds Flowers Moons, Karma, New York (2021); Birds for Chicago, Shane Campbell Gallery, Chicago (2019); Sunset Moon, Karma, New York (2018); Animals 1999-2017, Southard Reid, London (2017); Hello, Hello, Hello, Maccarone, New York (2016). Craven’s paintings are in the public collections of the Dallas Museum of Art, MoMA, Hammer Museum, Whitney Museum of American Art, New Museum, and the Museum of Contemporary Art in Chicago, among others. 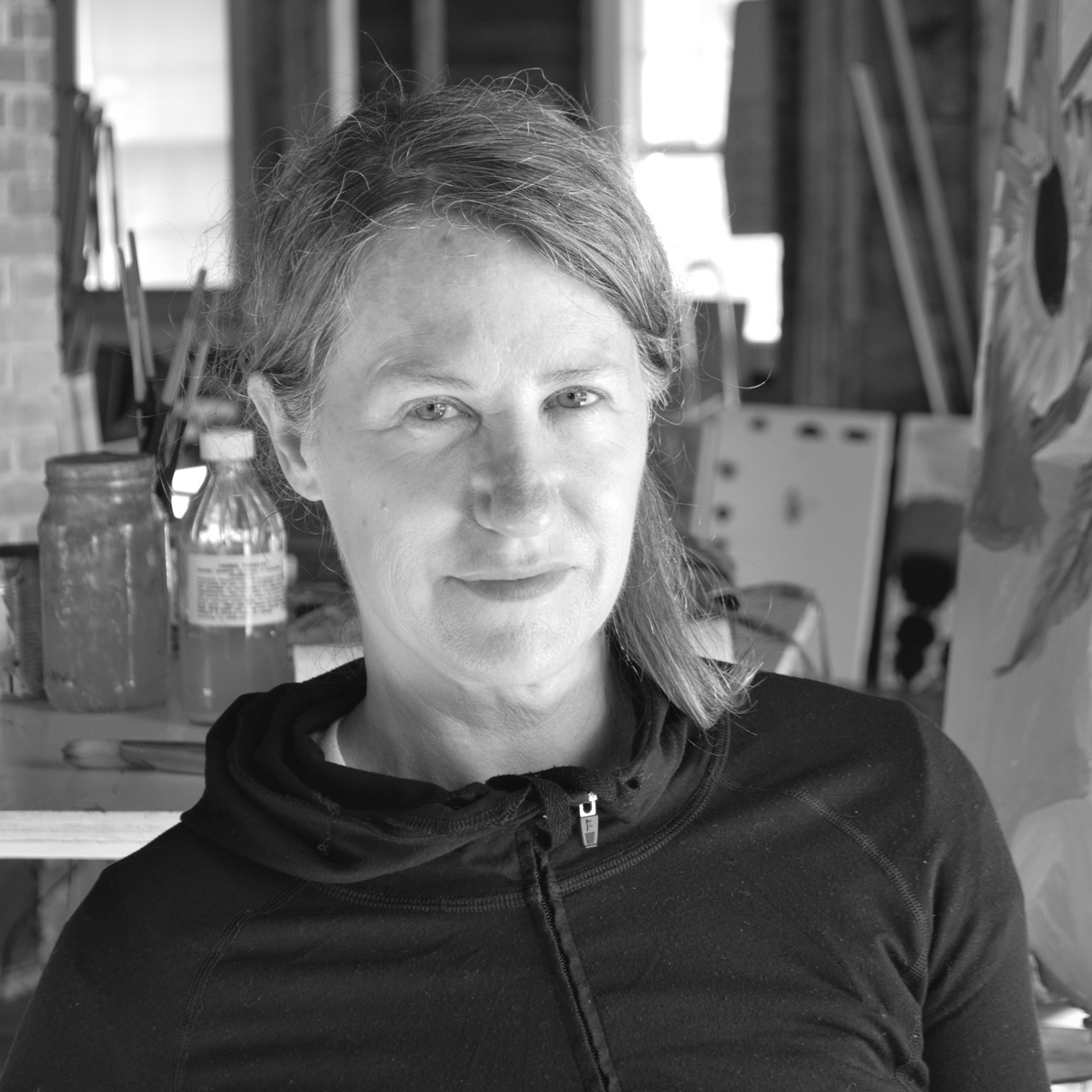 Julia Dault’s paintings and sculptures have been featured in the New Museum’s triennial and the Marrakesh and Gwangju Biennales as well as in group exhibitions at the Kunstinstituut Melly, Rotterdam; the Museum of Modern Art, Warsaw; the Pérez Art Museum, Miami; and the Museum of Contemporary Art Chicago. Her solo exhibition at the Power Plant, Toronto, and the Contemporary Art Gallery Vancouver was accompanied by her first monograph, published by Black Dog Press. Her art is included in the permanent collections of the National Gallery of Canada; the Solomon R. Guggenheim Museum; the MCA Chicago; and the Art Gallery of Ontario, and the the Pérez Art Museum Miami. She is represented by Marianne Boesky, New York; Galerie Bradley Ertaskiran, Montreal; and China Art Objects, Mérida, Mexico. 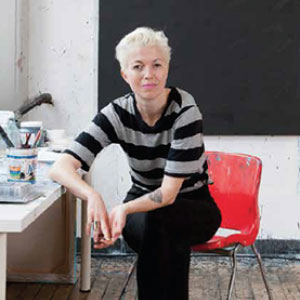 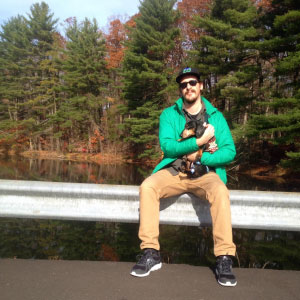 Sayre Gomez (b. 1982, Chicago, USA) holds an MFA from the California Institute of the Arts and a BFA from the School of the Art Institute of Chicago. The artist works primarily between painting, sculpture, and video to address themes of representation which are often contextualized by using the visual vernacular of Los Angeles. The latent effects of urban sprawl and entropy are often painted atop depictions of sublime Southern California sunsets as a way to emphasize the extreme juxtapositions that exists between the natural and manmade worlds. His works are held in the permanent collections of LACMA, Los Angeles; the Marciano Art Foundation, Los Angeles; Arsenal Contemporary, Montreal; and the Rubell Family Collection, Miami. The artist lives and works in Los Angeles, California 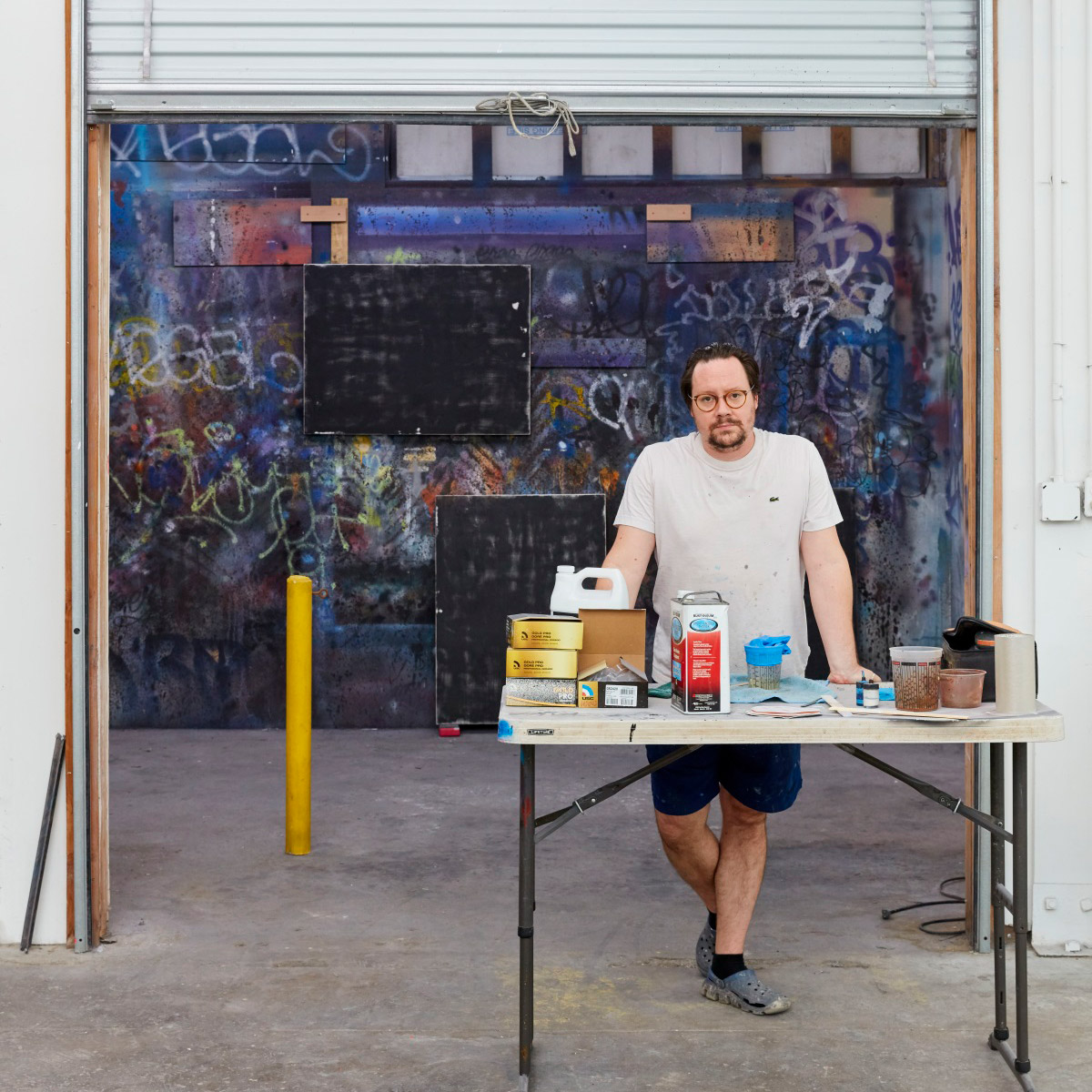 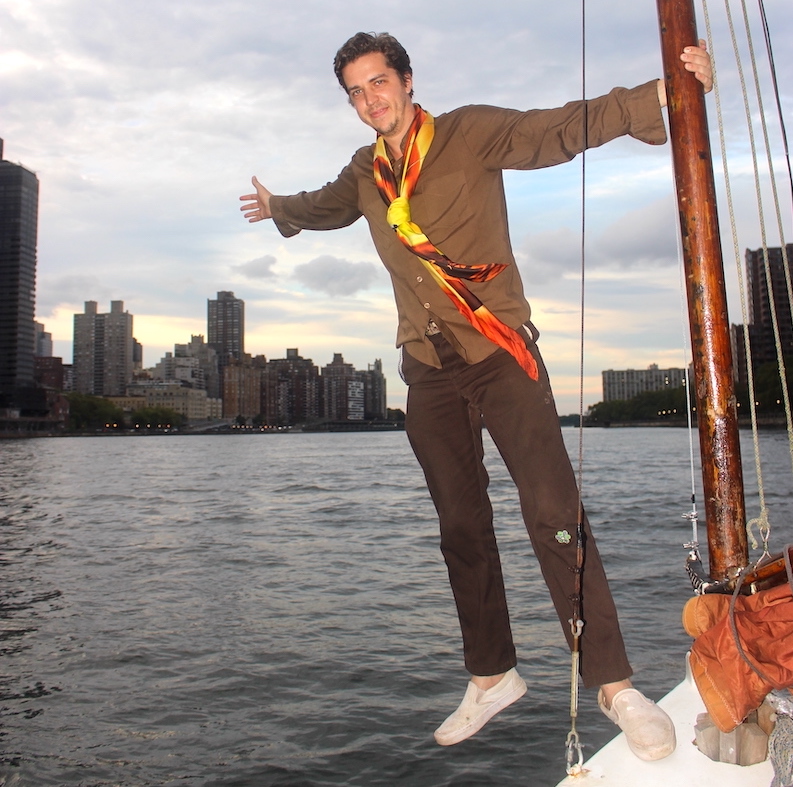 For over twenty-five years, Peter Halley‘s geometric paintings have been engaged in a play of relationships between what he calls “prisons” and “cells” in contrast to the imagery of explosions that dominate his installations. Halley’s works have been exhibited extensively internationally, and are included in numerous permanent museum collections including The Solomon R. Guggenheim Museum, The Museum of Modern Art, The Tate Modern, and The Whitney Museum of American Art, among others. In addition to his painting practice, Halley has  taught at many universities including Columbia University, UCLA, and Yale. From 1996 to 2006, he was the publisher of index magazine. Halley lives and works in New York. 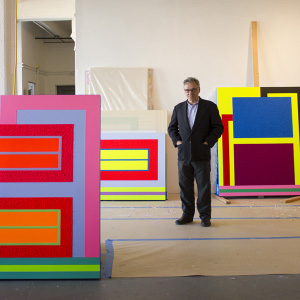 Born in Chicago in 1977, Rashid Johnson is among an influential cadre of contemporary American artists whose work employs a wide range of media to explore themes of art history, individual and shared cultural identities, personal narratives, literature, philosophy, materiality, and critical history. After studying in the photography department of the Art Institute of Chicago, Johnson’s practice quickly expanded to embrace a wide range of media – including sculpture, painting, drawing, filmmaking, and installation ­– yielding a complex multidisciplinary practice that incorporates diverse materials rich with symbolism and personal history. 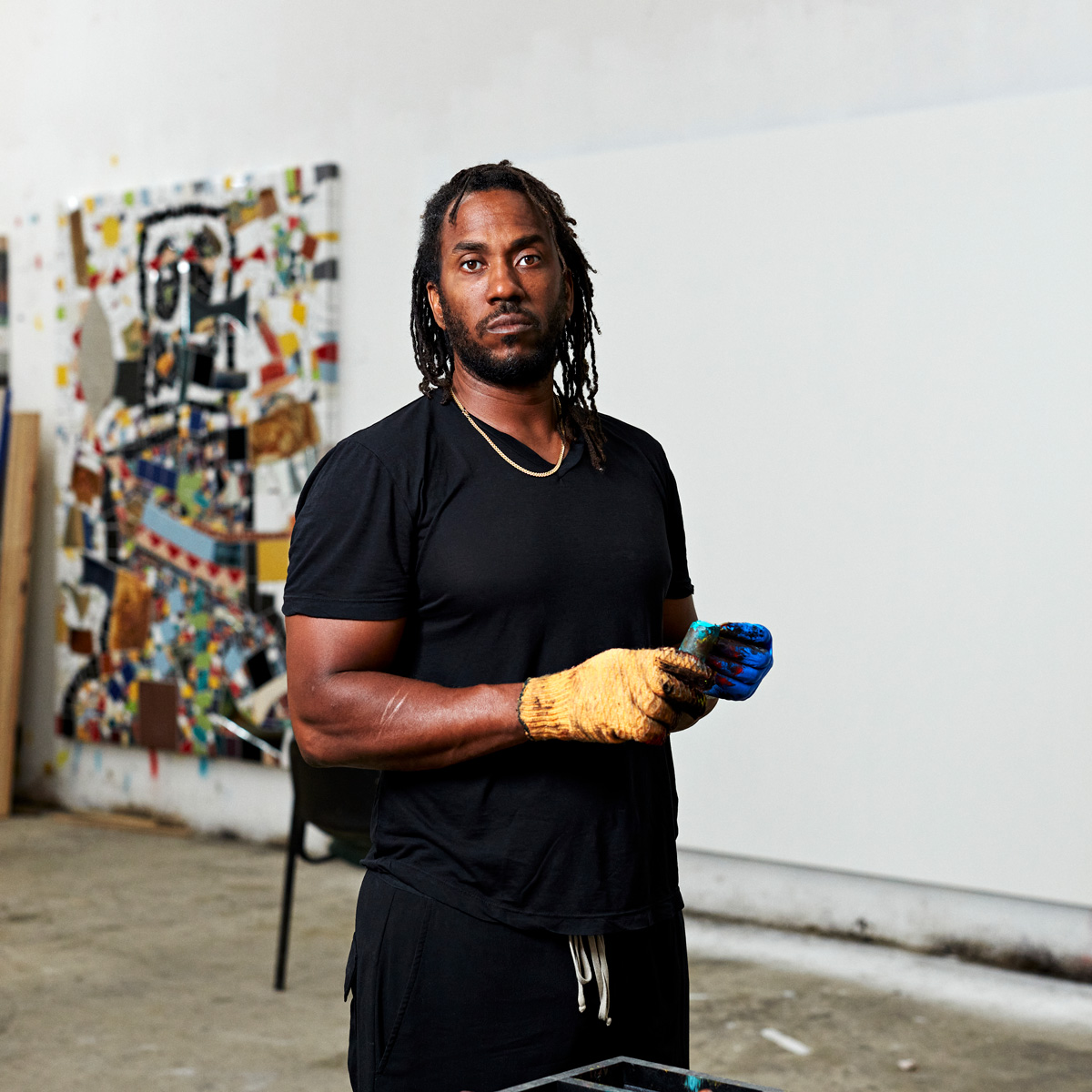 Photo by the artist 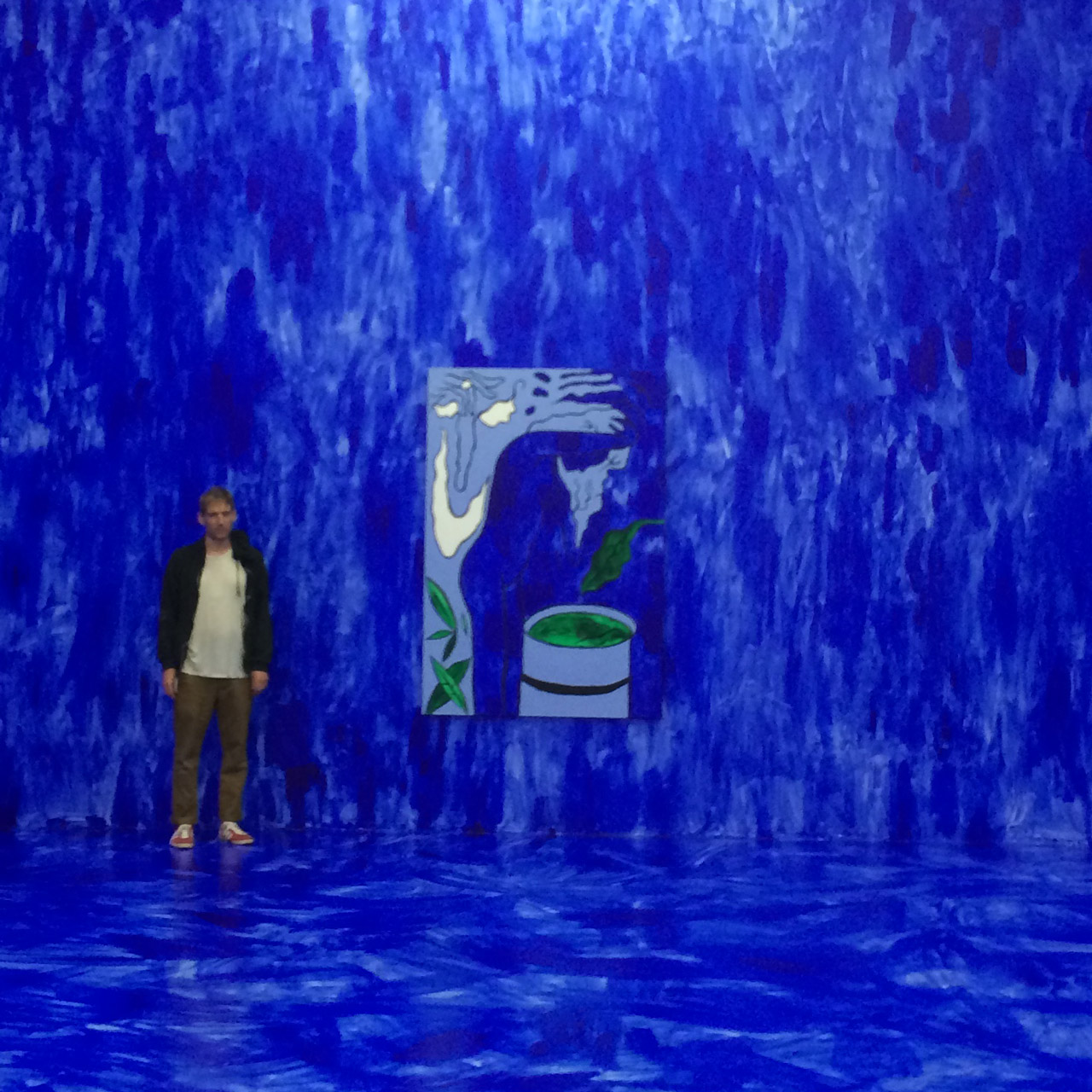 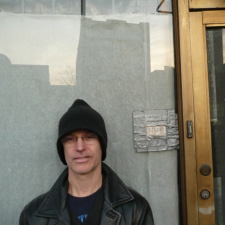 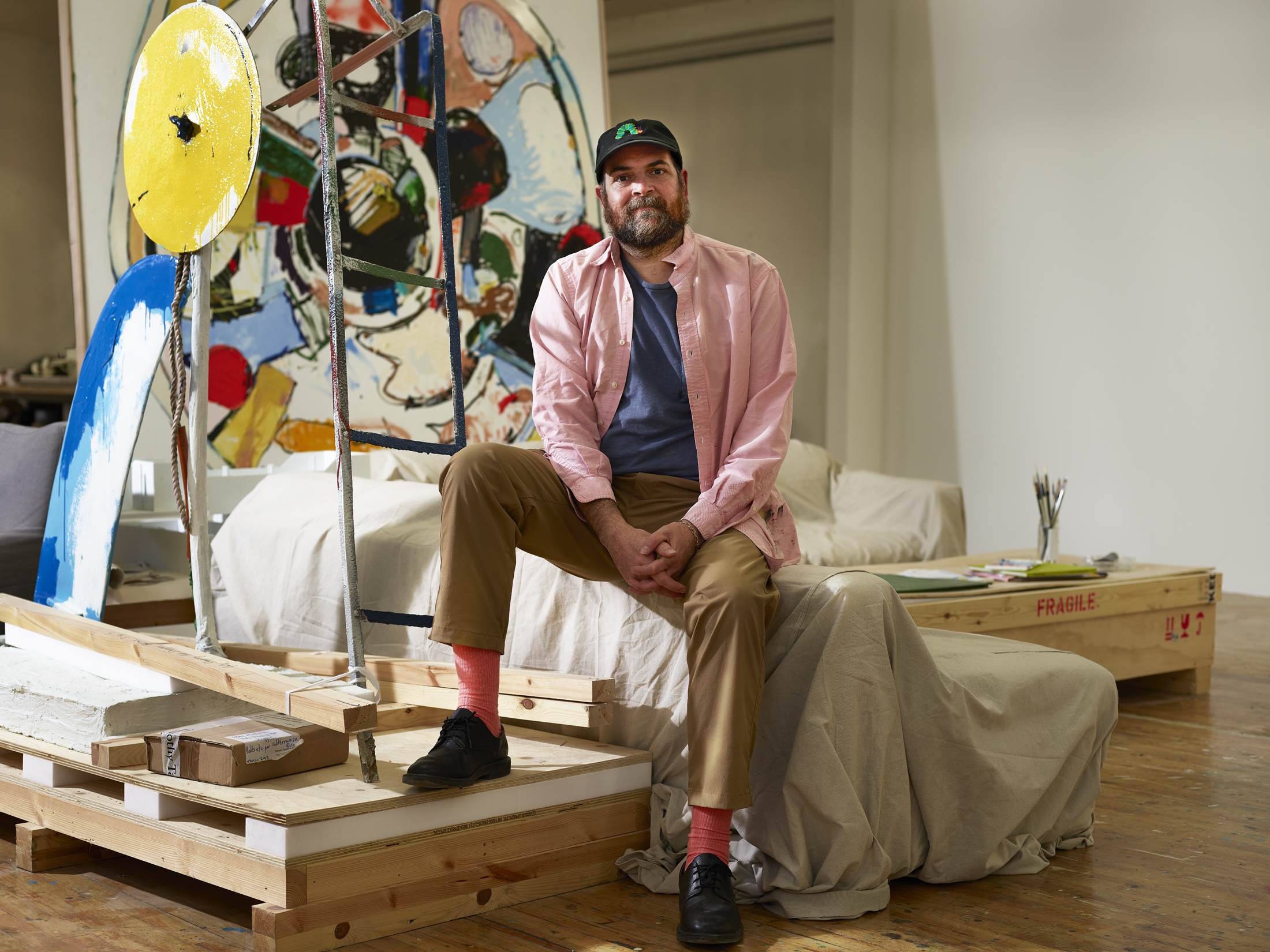 Keegan McHargue was born in 1982 in the foothills of Mt. Adams, Washington under a star alignment destining him to a creative life. For the past two decades he has shown his work in both gallery and museum exhibitions throughout the world. Primarily know as a painter, his work is recognized for its signature style and palette, covering a wide range of ideas and concepts with a humorous and piquant perspective. Past shows include one-person exhibitions at Fredricks & Freiser Gallery, New York; Galerie Emmanuel Perrorin, Paris; Hiromi Yoshi Gallery, Tokyo amongst many others. His work is also included in several public collections including Deste Foundation of Contemporary Art. Athens; San Francisco Museum of Modern Art, and the Museum of Modern Art, NY. 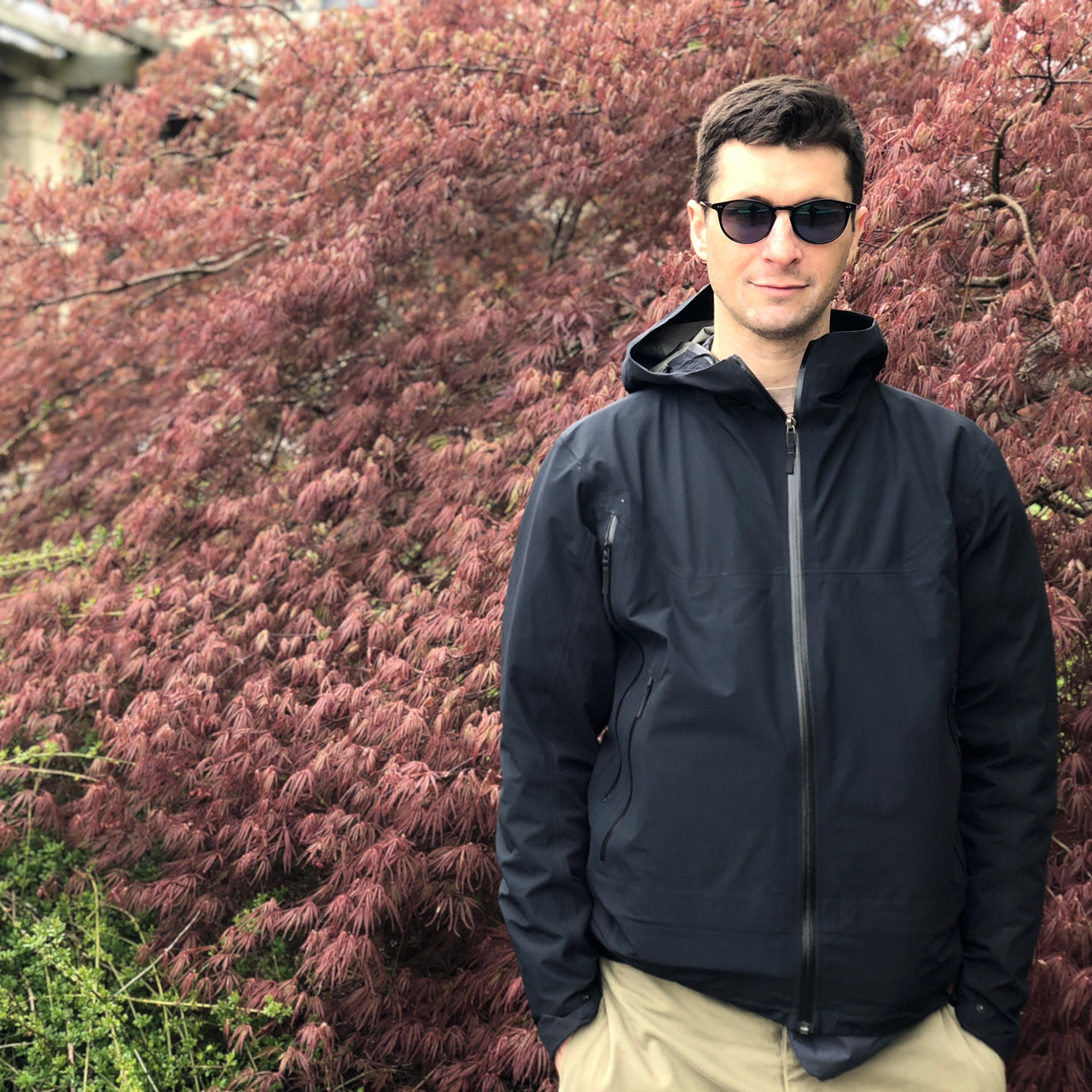 William J. O’Brien was born in 1975 in Eastlake, Ohio. He graduated from Loyola University Chicago in 1997 with a BA in Studio Art, continuing his education at The School of the Art Institute of Chicago, where he received his MFA in Fiber and Material Studies in 2005. The artist’s work is included in the permanent collections of the Cleveland Clinic, Ohio; Miami Art Museum, Florida; and The Art Institute of Chicago, Illinois. O’Brien has exhibited at The Renaissance Society at The University of Chicago (2011) and The Nerman Museum of Contemporary Art, Kansas (2012). The artist’s first major survey exhibition, curated by Naomi Beckwith, was in January 2014 at the Museum of Contemporary Art, Chicago. The artist lives and works in Chicago. 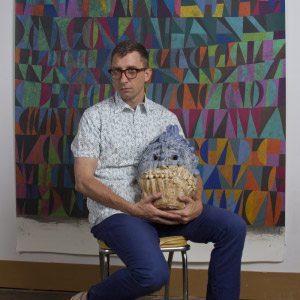 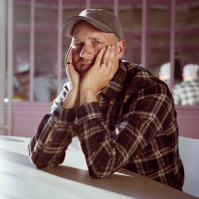 David Shrigley  was born in 1968, in Macclesfield, UK. He received his B.F.A at the Glasgow School of Art between 1988-91. Shrigley explains that his drawings are for people who like to laugh at moral crisis, “I’d like to think it isn’t cynical. It’s a matter of making fun of the things you could get depressed about. You’ve got to laugh”. His process allows himself and the viewer to feel a sense of liberation, revealing the limitations of our spontaneous means of communication. Shrigley’s work has been exhibited widely, including solo shows at the Yerba Buena Center for the Arts in San Francisco, Statens Museum for Kunst in Copenhagen, the Kelvingrove Art Gallery and Museum in Glasgow, and the Hammer Museum in Los Angeles. In 2013, he was nominated for the prestigious Turner Prize for his solo show David Shrigley: Brain Activity at the Hayward Gallery in London. 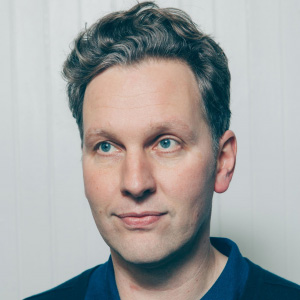 Josh Smith was born in 1976 in Okinawa, Japan. His father was in the US Army, and his family moved frequently, eventually settling in East Tennessee, where the artist mostly grew up. Since the early 2000s, Smith has developed a prolific and expansive body of painting that employs specific visual motifs including his name, fish, skeletons, leaves, and palm trees, among others, which serve as unassuming structures through which he pursues his investigation of the medium, resulting in works that forthrightly present themselves to the viewer. Though fully realized as individual artworks, each painting serves as a stage in an ongoing, interrelated, and heterogeneous process of image production and experimentation, in which motifs, colors, and visuals are recycled, refined, and reimagined.
His work has been presented in numerous solo and group exhibitions at museums and art institutions in the United States and abroad including at the Museum Brandhorst, Munich (2019-2020), the Bonner Kunstverein, Bonn, Germany (2016), The Brant Foundation Art Study Center, Greenwich, Connecticut (2011), The Museum of Modern Art, New York (2014-2015), and The New Museum, New York (2009). 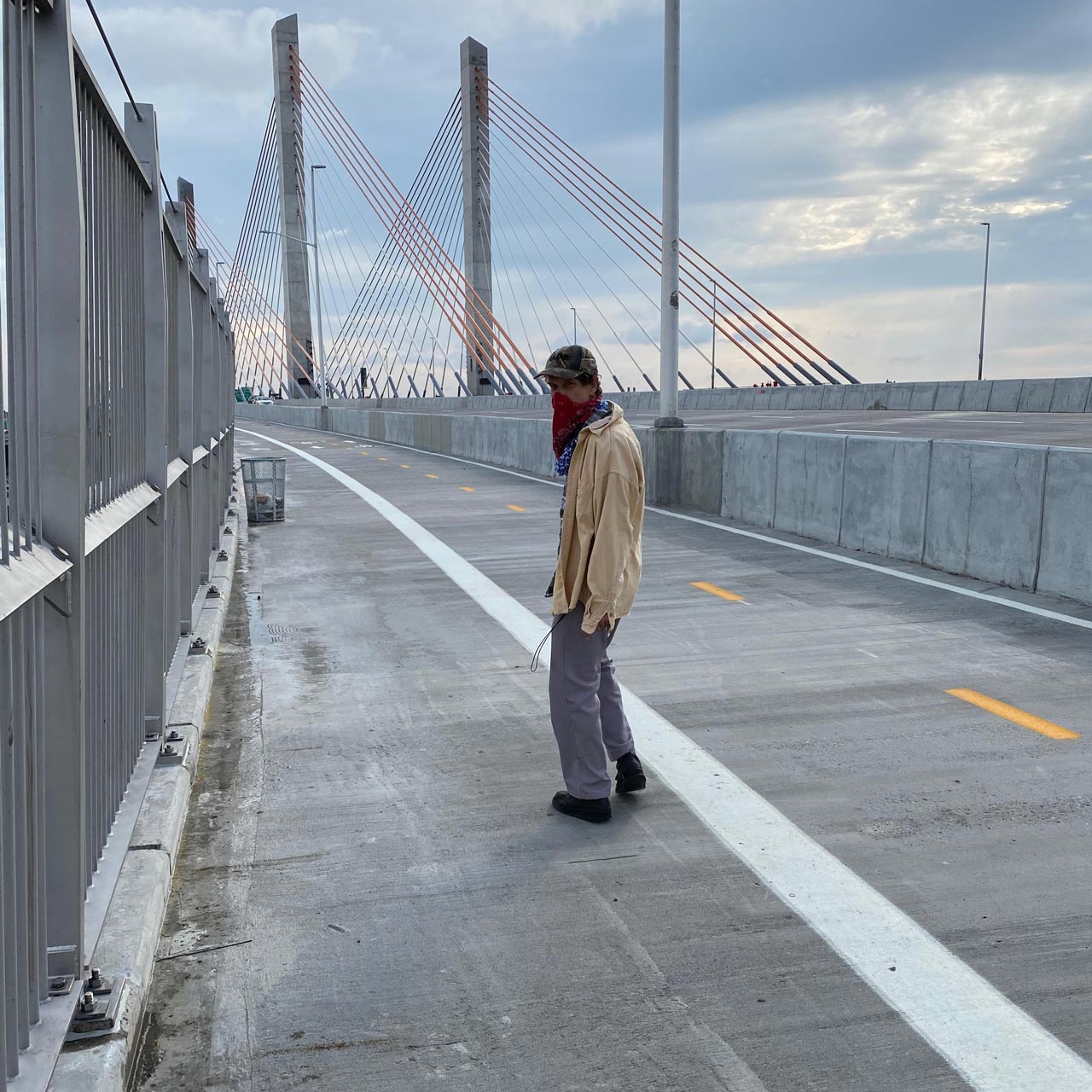 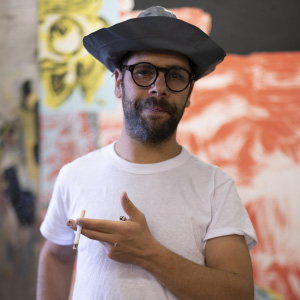 Jonas Wood was born in Boston, Massachusetts and received his MFA from the University of Washington. Wood’s paintings celebrate a mastery of incongruity and the re-organization of representation and memory. His work has been shown in galleries in the U.S., Europe, and Japan, as well as numerous public collections, such as the Hammer Museum, Los Angeles, The Museum of Modern Art, New York, and The Museum of Contemporary Art, Chicago. Wood lives and works in Los Angeles. 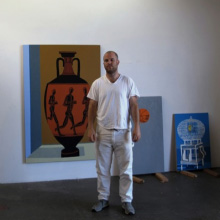